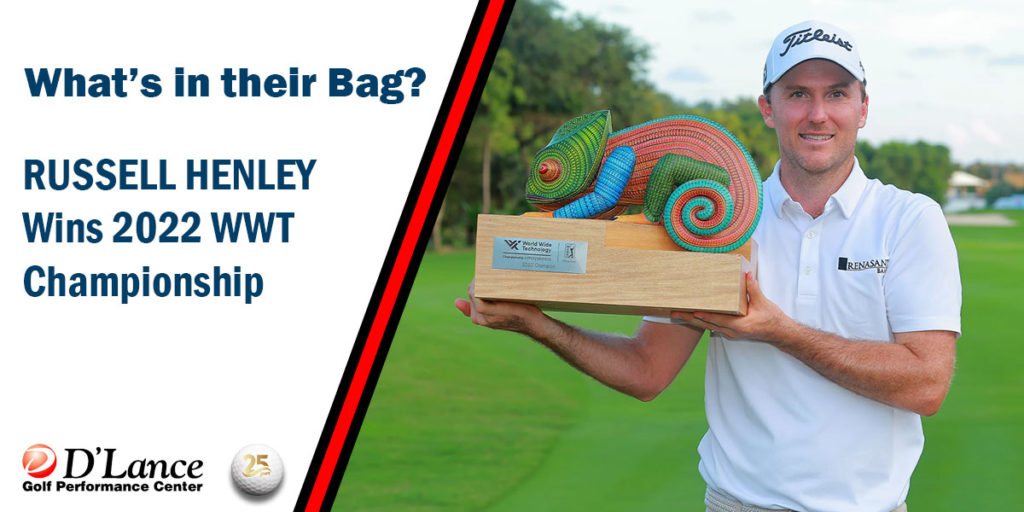 The 2022 World Wide Technology Championship at Mayakoba was set with a strong field. But, Russell Henley sent his Sunday-demons packing after his 6-shot lead held for a 4-shot lead finish. Scottie Scheffler, a media favorite, finished T3 with 4 other players including Joel Dahmen, Troy Merritt, Seamus Power and Will Gordon. Hitting the fairway was key at Mayakoba. Thick rough, hazards could easily prevent attacking the pin. Henley was strong putting but his accurate driving, hitting 78.57% of fairways during the week was key.

Henley sports a full set of Titleist equipment from top of bag to bottom. With the help of GolfWRX, Titleist and PGA Tour, we go inside Henley’s winning equipment.

The Titleist TSi3 versus the TSR3 – confidence

While Henley has elected to continue to play the TSi3, many of the PGA Tour players are playing the new TSR series drivers. With overall look being similar, players can benefit from the lower CG, added smash factor coming from the speed ring, and adjustability of the TSR series. Recently, we published our must-read release and testing review of the new TSR Drivers.

Plus, the Project X HZRDUS Smoke series offers a broad set of multiple models within the Red, Green and Black families. With shafts in stock, and with an expert custom Driver & Fairway Wood fitting, you can quickly get the optimal Project X HZRDUS Smoke shaft in your current or new Driver and Fairway Woods. When Project X expanded this line, we did a full review of these HZRDUS series. Plus, consistently these shafts have rated among the Best Driver & Shaft combos and Best Fairway Wood & Shaft combos.

When Titleist released the second generation T100 and T100S in 2021, we also saw many tour players like Jordan Spieth and Will Zalatoris jump at these new irons. Lower CG, better placement of CG to minimize the effects from mishits, and sole contour adjustments to improve turf interaction make the 2021 T100 and T100S irons better for a wider range of players. Titleist hasn’t announced what the next generation of T100 irons are going to look like – we expect to know more in 2023.