Mizuno’s latest release of the JPX919 line of irons is awesome.  Subtle changes in each of the models are actually big improvements.

The Mizuno JPX919 irons offers a solution to every golfer with three options: Tour, Hot Metal, and Forged models.  I have no doubt that all three of these irons will be Golf Digest 2019 Hot List winners! 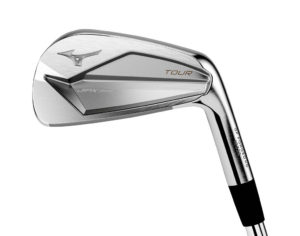 The Tour model takes after its well accomplished predecessor, the JPX-900 Tour irons, which Brooks Koepka played in his victories at the 2017 and 2018 U.S. Open as well as the 2018 PGA Championship.

The Tour model is grain-flow forged with pure select mild carbon steel for the soft feel that had golfers raving about the JPX-900 Tour.

Mizuno designed the new JPX919 Tour model to be more compact, narrowing the top line by 10%, but added a “stability frame” that reinforces the top line and toe for improved performance on off-center strikes as well a dampening sound and vibration.

Aiming to further improve the playability of the irons, Mizuno added camber to the sole and a zero-glare Pearl Brush finish.  Same great performance in a better looking iron, in our opinion. 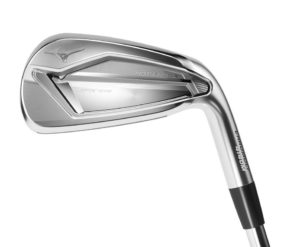 “The most impressive thing about the JPX919 Hot Metal is the launch is [that]  the… extra ball speed and distance doesn’t come from low-flying bullets.”

In other words, the irons still have optimal landing angles even with the extra ball speed.  This is so critical in an iron fitting so that you optimize descent angle for better drop and stop on the green.

Mizuno took an interesting approach on the engineering of the Forged model. They created a new engineering process: reversed milling. 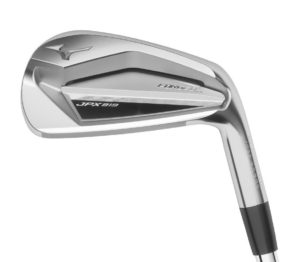 The result: the best measured ball speed of any of its one-piece forged irons.

The irons are 30% stronger  thanks to a combination of forged mild carbon steel infused and boron. This added strength allowed Mizuno to design the milling across the back of the face for greater energy transfer at impact.  We have seen a big improvement in smash factor in these new JPX919 Forged irons resulting in more distance but with a better feel than the JPX900 irons.